GREAT NEWS! The bill to protect cownose rays has been signed into law! It was unanimously passed by the Maryland Senate, and Governor Hogan signed it on April 30th, 2019. The new law extends the moratorium on killing contests that target the rays until the state prepares a management plan for the rays – one that will hopefully ban these cruel and environmentally reckless contests for good.

In 2017, Governor Hogan signed a cownose ray bill into law. The law called on the Maryland Department of Natural Resources to develop a management plan for the rays by the end of 2018, and put a moratorium on fishing contests for cownose rays until July 1, 2019. Unfortunately, the state didn’t meet the deadline, so new legislation needed to be introduced to extend the moratorium until a plan is in place.

Fish Feel and Save the Rays Coalition thank you for helping the rays! 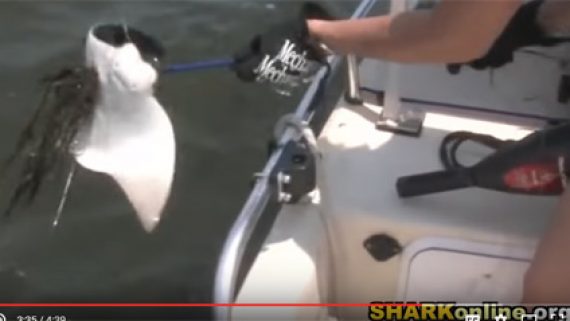 Video above: Video focuses on the participants involved in the slaughters. 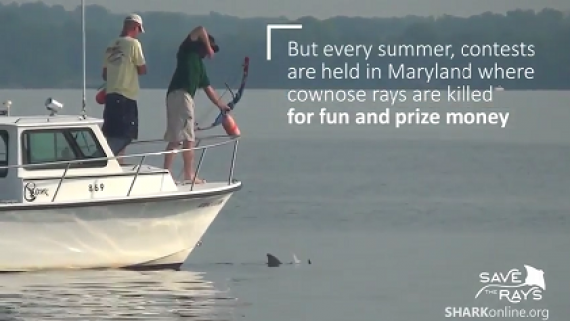 Save the Rays Maryland

Video above: From Save the Cownose Rays Coalition, a grassroots coalition of non-profit organizations working to ban inhumane cownose rays killing contests held in the Chesapeake Bay and its Maryland tributaries. Join us and support legislation to ban these contests! http://www.savetheraysmd.org 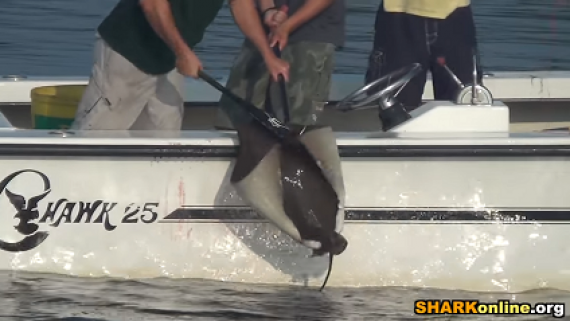 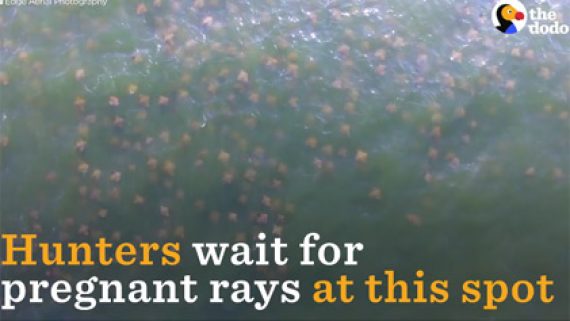 Click here for The Dodo video above: As they were dying, they gave birth as a last chance to get their babies out, who were killed themselves. Click here 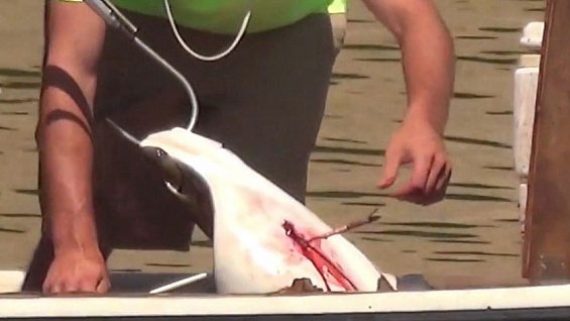 Video above: On June 26, 2016, a cruel cownose ray killing contest was held in Maryland. Rays, many of whom were pregnant, were shot at point blank range with arrows and left to die slow, lingering deaths.

Video above: People can be heard laughing as they later dumped the bloody bodies into the Patuxent River (Mechanicsville, MD) 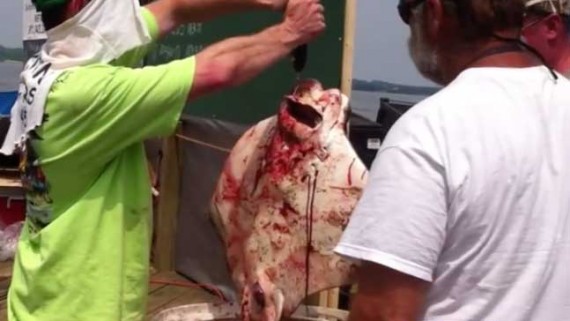 Above video: Participants forcibly trying to keep baby rays inside their dead mothers in order to add to the mothers' weight

Proposed Regulation to Protect the Rays

Graphic undercover video of a killing contest that occurred on June 13th documents the horrific slaughter of cownose rays of the Chesapeake Bay. Shot with arrows at point-blank range, the rays were then gaffed and repeatedly clubbed with bats before slowly suffocating to death.

Every year, graceful cownose rays, a type of eagle ray, migrate to the Chesapeake Bay to mate and give birth to their pups. As they glide along the water’s surface, bowfishers competing for prize money descend upon them in boats and shoot them point blank with arrows, impale them, club them repeatedly with metal bats, and pile them into a box to suffocate. Many of the victims are pregnant.

Fish Feel teamed up with SHARK to document this outrageous and perverted animal abuse. “There is no valid justification for the vicious massacre of these gentle creatures who are merely trying to survive. Scientists and the government have expressed disapproval of such reckless slaughter, and of the grave environmental consequences that could result,” said Mary Finelli, President of Fish Feel.

“These people have no respect for life. They shoot arrows into these beautiful animals swimming slowly at the surface, many whom may be pregnant, and drag them out of the water by hooks, beat them mercilessly with metal clubs, and then throw them still alive into boxes where they slowly suffocate to death. Then, we saw bowhunters dumping the bodies into the river like garbage. This is an atrocity and it must end now,” added Michael Gurwitz, who witnessed this massacre.

Additional cownose ray killing contests were also held on June 27, 2015 at Buzzards Point Marina in Reedville, VA, and on June 28, 2015 at Hallowing Point Marina in Prince Frederick, MD. The image below, which shows the rays in a dumpster as if they were trash, was taken at the Reedville slaughter.

Cownose rays thrown in the dumpster along with trash after being weighed at the Reedville, VA slaughter


More details and photos are in this Animals 24/7 article.

When Bad Things Happen to Good Rays – The U. of Maryland Center for Environmental Science – 2/11/2019

Tracking the Bay’s Rays: Cownose Ray Migration Along the Atlantic Coast – OceanBites (U. of Rhode Island) – 12/8/18

For The First Time, Biologists Track Cownose Rays to Florida and Back – Science Daily – 8/23/2018

For the First Time, Biologists Track Cownose Rays to Florida and Back – Shorelines – 8/23/2018